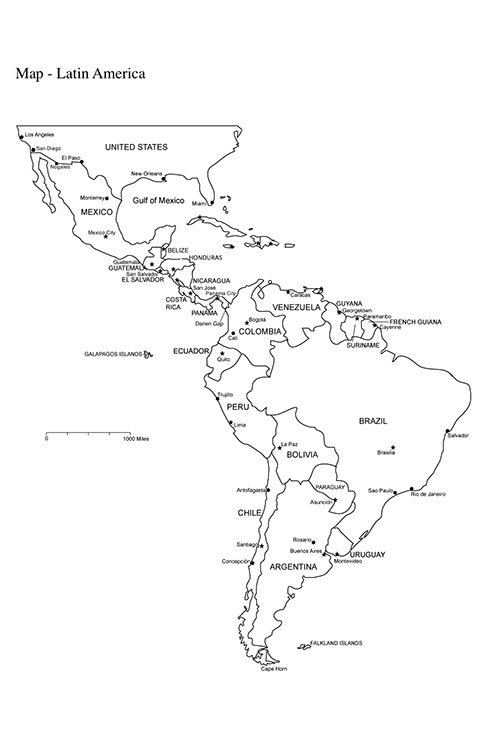 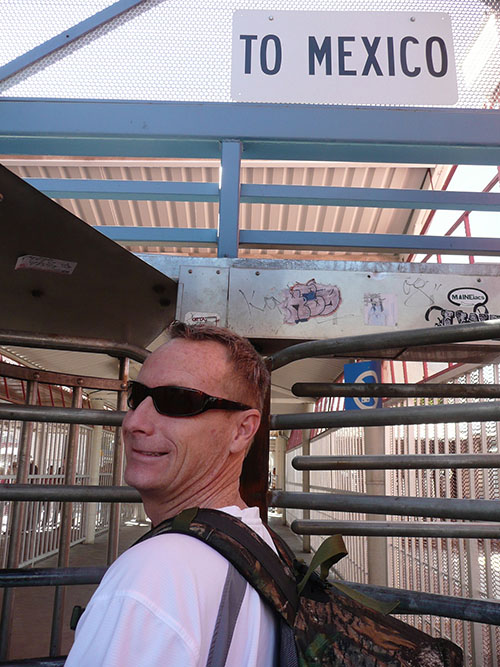 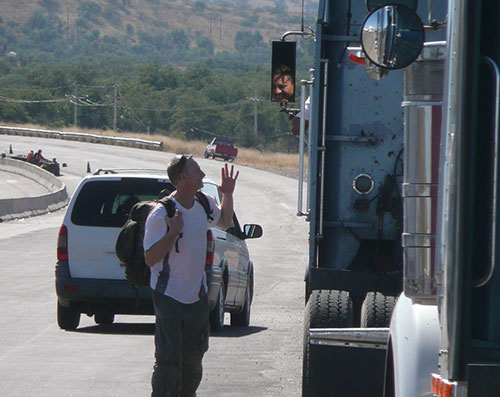 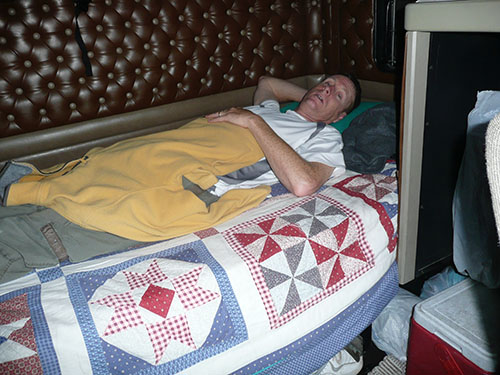 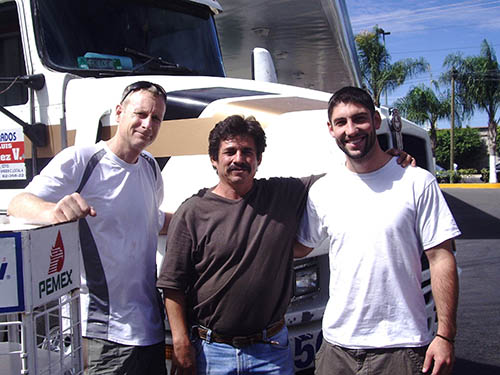 I felt God telling me, “Don’t sit in your office and write this novel, go live out the story.”

That was a big challenge because my story was about a girl who hitchhikes to Peru. I’m not a girl and Peru was five thousand miles away—five thousand dangerous miles.

Than night, my wife and I watched a movie, Nim’s Island. A writer with a phobia of leaving her house had to go to an island in the South Pacific to get past writer's block. Whoa, that was me.

Now I knew the Lord wanted me to go. But what about the kidnappings we hear about? You know, where bandits abduct skinny White tourists and demand ransom from their families.

I called a friend I’d ministered with in India and Albania.

“Hey Grady, would you be willing to hitchhike with me through Latin America? I need a body guard.”

He laughed. I was serious.

“I have to report to Athletes in Action, Albania in two months. Could we be back by then?”

Without time to second guess God again, we pulled on backpacks, stepped across the border, and stuck our thumbs out.

Amidst a sea of big rigs lined up on the Nogales border town, Don and I grabbed our gear and looked at each other with anxious grins, uncertain of what and who we would come across next. We had prayed earlier the Lord would provide a ride for our 1,600 mile journey south to Mexico City. People back home were also praying.

Don popped up to the passenger window of Evarardo’s 18 wheeler, and asked for a ride.

His suspicion was appropriate, considering the four times he had pistols pointed to his head along the Mexican highways. Later, he came down to speak with us. He realized we weren’t a threat and agreed to give us a ride. Guess where he was going? Yep, Mexico City! He said God told him to take us.

Everardo was a joy to ride with. He insisted we have the best sleeping arrangements in the cab. He put a cooler between the two front seats and slept across them. He averaged four to five hours of sleep a night before he was off to work again.

He invited us to his home and we had a wonderful time with his family. By the time we left, we really felt like we were a part of the family.

Whenever we had meals together, Everardo insisted on paying. This was an argument he always won. He even paid for our taxi cab to get from downtown Mexico City to our hostel! What a guy!

We were blown away by how everything worked out.

Provided by Pritchard Websites
Back to Top